By Douglas Stewart on December 31, 2017 in Uncategorized

The picture shows the family home of Barry & Honey Sherman at 50 Old Colony Rd, Toronto. Their fabulous mansion had been for sale. Photos of the house and pool are on the web.
The police were still guarding the billionaire’s $5 million property when I visited the location.
This month, the elderly couple were found hanging from rails surrounding their indoor pool.
Very curiously, one description has them with jackets pulled behind their backs and pinning their arms. There were seemingly men’s belts around their necks while they were suspended in a semi-sitting position with their legs out straight.
Initially the police seemed to assume it was murder-suicide or suicide-suicide but now they are tight-lipped following pressure from the family to consider it murder by a third party.
The veteran pharmaceutical billionaire was well known and respected and the nation awaits developments on this tragedy involving Canada’s 7th richest man. Officially, the police are now calling the deaths “suspicious” while the family have hired their own retired detective investigator.
Ratso would just love getting stuck into this mystery. Whilst much loved by many, Barry Sherman’s business life in pharmaceuticals had provoked considerable controversial litigation.
As my thriller The Dallas Dilemma revealed, enmities in that industry can run high. 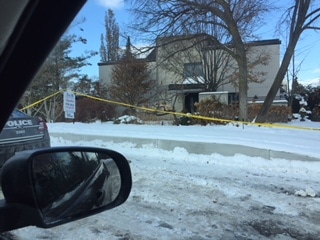