By Douglas Stewart on July 8, 2015 in Uncategorized

In Hard Place, Detective Inspector Todd “Ratso” Holtom is fighting to bring down a European drug baron rather than a crime boss in the USA. Even so, having the chance to launch Hard Place here in New York City seems very appropriate given its long history of violent Mob action. Besides therefore the chance to launch the book at ThrillerFest and meeting other authors, meeting the public and doing a signing, being here has given me a chance to look at some of the scenes of dramatic Mob action.

Crazy Joe Gallo, an enforcer, was shot dead in front of his wife in 1972 in Little Italy at a restaurant called Umberto’s Clam House at 132 Mulberry Street. That restaurant has moved and now at the corner site is Da Gennaro Restaurant. When the killers invaded the restaurant and started firing, Gallo was mortally wounded but staggered out to collapse on the pavement. It therefore seemed poignantly apposite that I was offered a table on the pavement outside as shown in the photo (excellent lunch too!). In a colourful career, Gallo had been reputedly responsible for the murder of Albert Anastasia in a barber’s chair in the Park Sheraton Hotel further uptown. Interestingly, his friends included writers and actors. 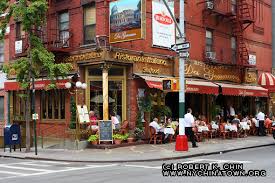 In 1985 Paul Castellano, a Mob Godfather and head of the Gambino family died in a hail of bullets as he arrived to eat at Sparks Steak House at 210 E. 46 Street. The photograph below shows the area where he died along with his bodyguard. 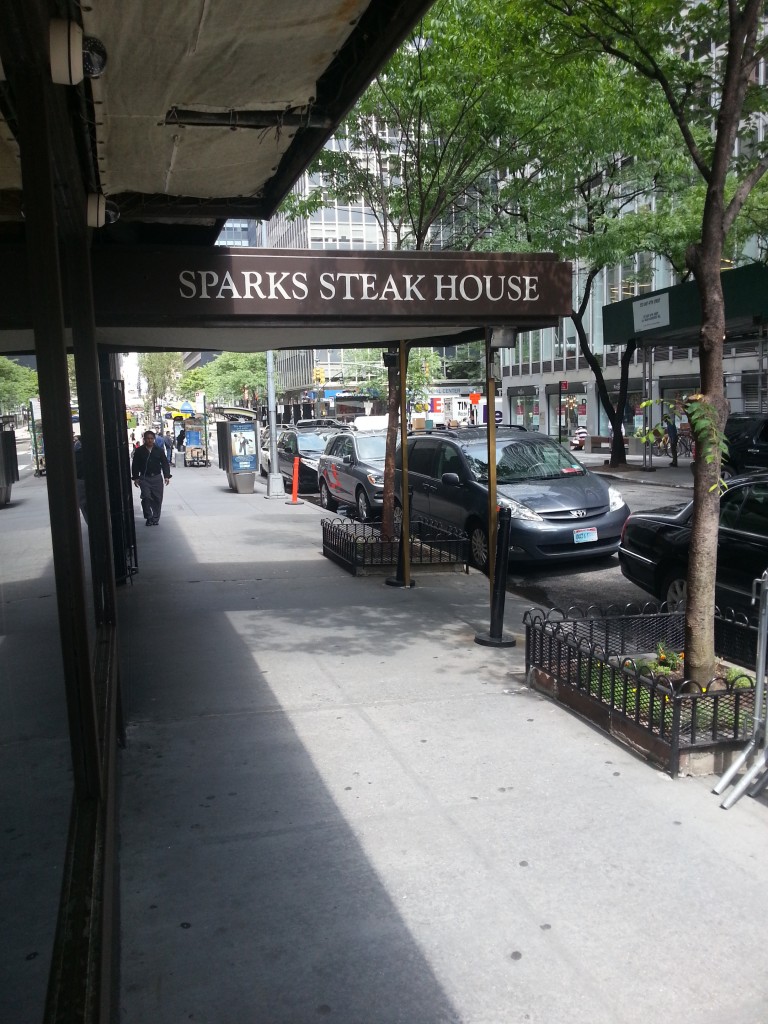 That Mob hit had Hi His

His Seemingly his murder had been orchestrated by the Dapper Don as Godfather John Gotti was known because of his dress sense. He was also known as the Teflon Don because he had previously escaped the clutches of the Feds – but he too in the end was brought down by daring and imaginative work by brave officers when they bugged Gotti’s HQ in Little Italy. This was the Ravenite Social Club, a five-storey building at 247 Mulberry Street (shown below). It still exists although the ground floor now houses a Shoe Shop. 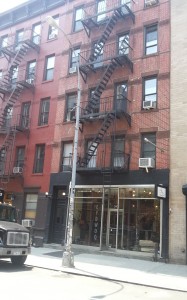 Gotti died in jail but visitors to Las Vegas can visit the Mob Museum which is bristling with fascinating information and artefacts. On one of my visits I was able to listen to John Gotti in one of the bugged conversations obtained from the Ravenite Social Club.

My final taste of NYC’s Mob connections was when I met a friend who told me that he had chosen the West 46th Street bar to meet me  because it was still regarded as a Mob hang-out. In fact, there was nobody in there that looked more sinister than us as we waited for the arrival of gravelly-voiced mobsters. I shall have to return!