By Douglas Stewart on June 9, 2020 in Uncategorized

Ratso would have been as frustrated as hell this year. As an avid cricket fan and still active player, he would have found the cancellation of all fixtures at Lord’s unbearable. As was clear in my thrillers Hard Place and Dead Fix, when not tackling organised crime for the Met. Police, Lord’s Cricket Ground is Ratso’s favourite escape.

Perhaps like me, he would have consoled himself by reading former Lancashire cricketer, Bob Bennett’s, new book From Bacup to Barbados. After his playing days as a batsman were over, Bob became a distinguished figure off the pitch. He was Tour Manager for England Test Teams and for England “A” Teams. No question, this proved to be a demanding but satisfying role.

The book is a joy to read and I commend it to cricket lovers everywhere. For the great majority of fans, reading this will be as close as it gets to understanding the highs and lows, the fun and the dramas when touring in India, Pakistan, South Africa and the West Indies. Managing big name (and bigger ego) players for weeks on end is no picnic. Besides all that, for a great many years, Bob was also a very effective Chairman of Lancashire CCC.

Bob succeeded in these roles and now after publishing this book, I wish him further success. 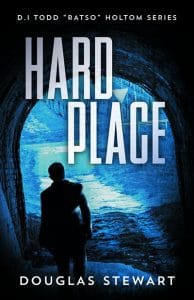